2 Flooded in the Rocks (Vocal Demo)

*8 Flooded in the Rocks (Instrumental)

9 Angels We Have Heard

In addition to tracks titled with “Instrumental”, 3, 7 and 9 have no lyrics.  Instrumental tracks are titled as such because they originally have lyrics, although are currently unpublished.  *Tracks 3, 7 and 8 are not included in the playlist at this time.

“Armaganthem” had a travel music video on YouTube that was later unpublished.  It included life in Russia, trip to T in the Park and music festivals in the US all in a high energy edit.

“Nadie Pueda Hacer Nada” received a decent amount of attention on Reverbnation as a submission to a contest.  It has Spanish lyrics and is unpublished at the time of this writing. 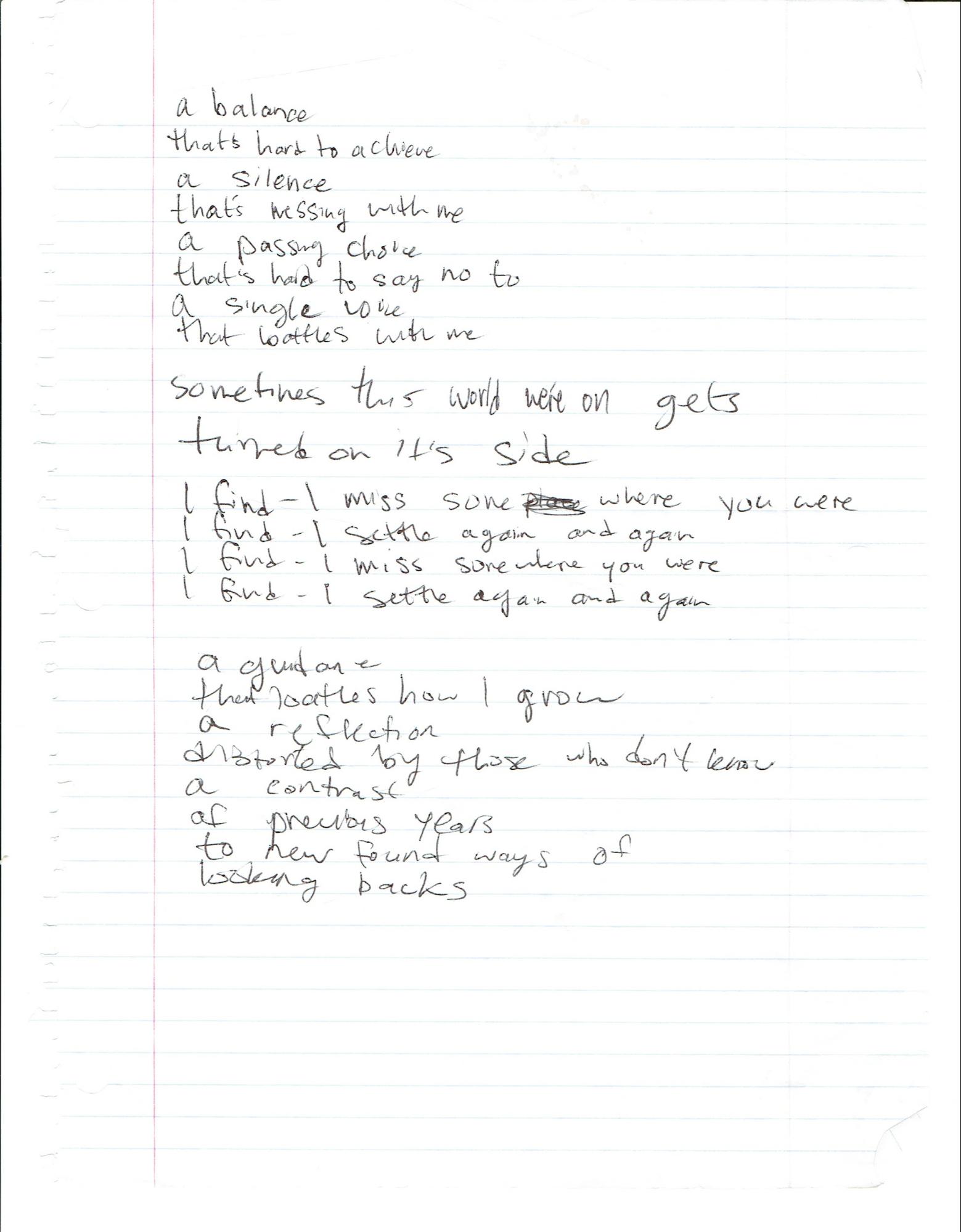 “Gears” is an experimentation of Beatport sounds.  SKMillion was always trying to push his musical foundations into electronic worlds which is one of the reasons why he was attracted to Russia.  This picture is a new visual representation taken in 2012 in the waterways leading to the Gulf of Finland.  “Gears” was later submitted to Nicky Romero’s label Protocol privately on SoundCloud, but was retracted without a response.  On second thought SKM turned shy thinking it was too underdeveloped. 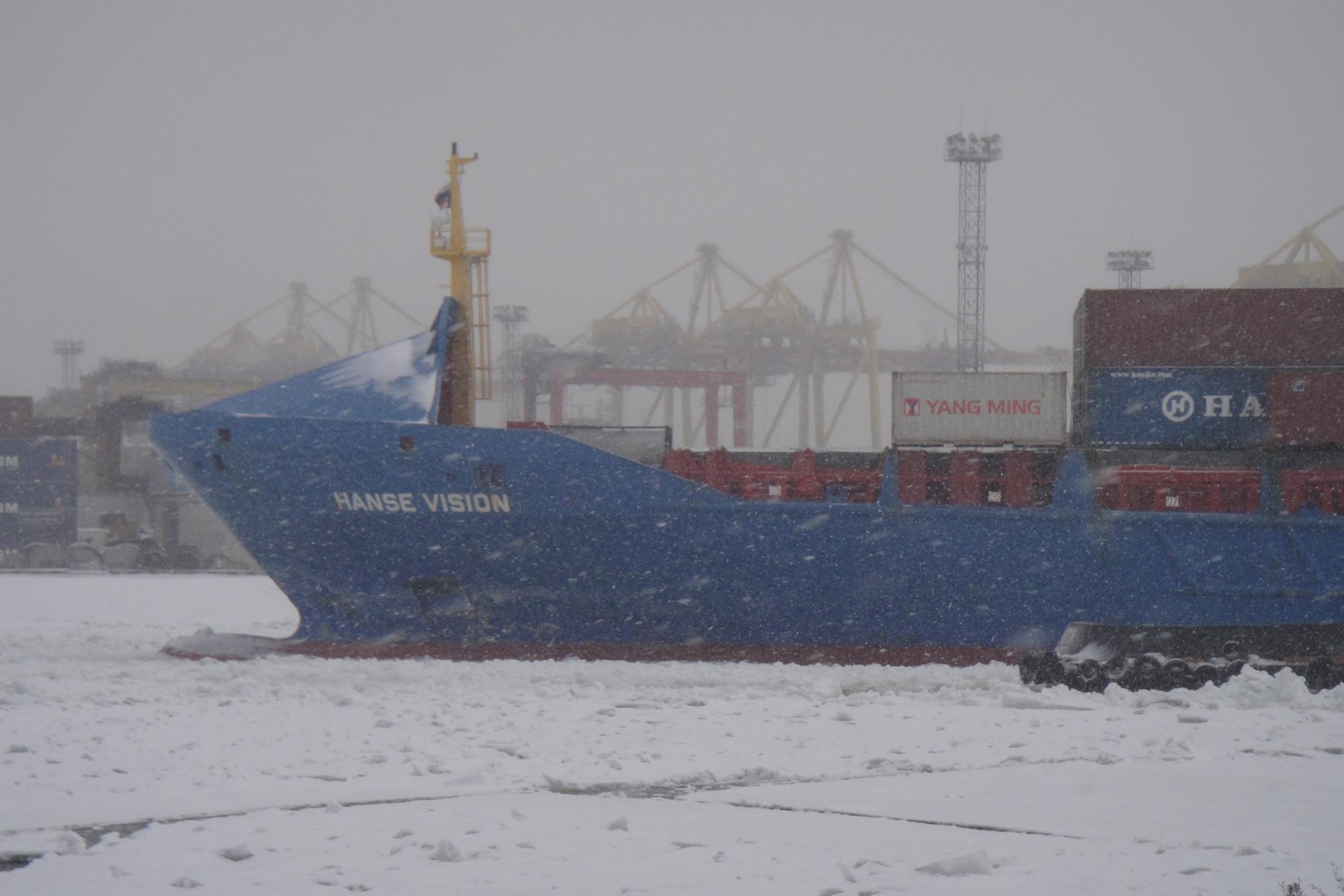 “Flooded in the Rocks” 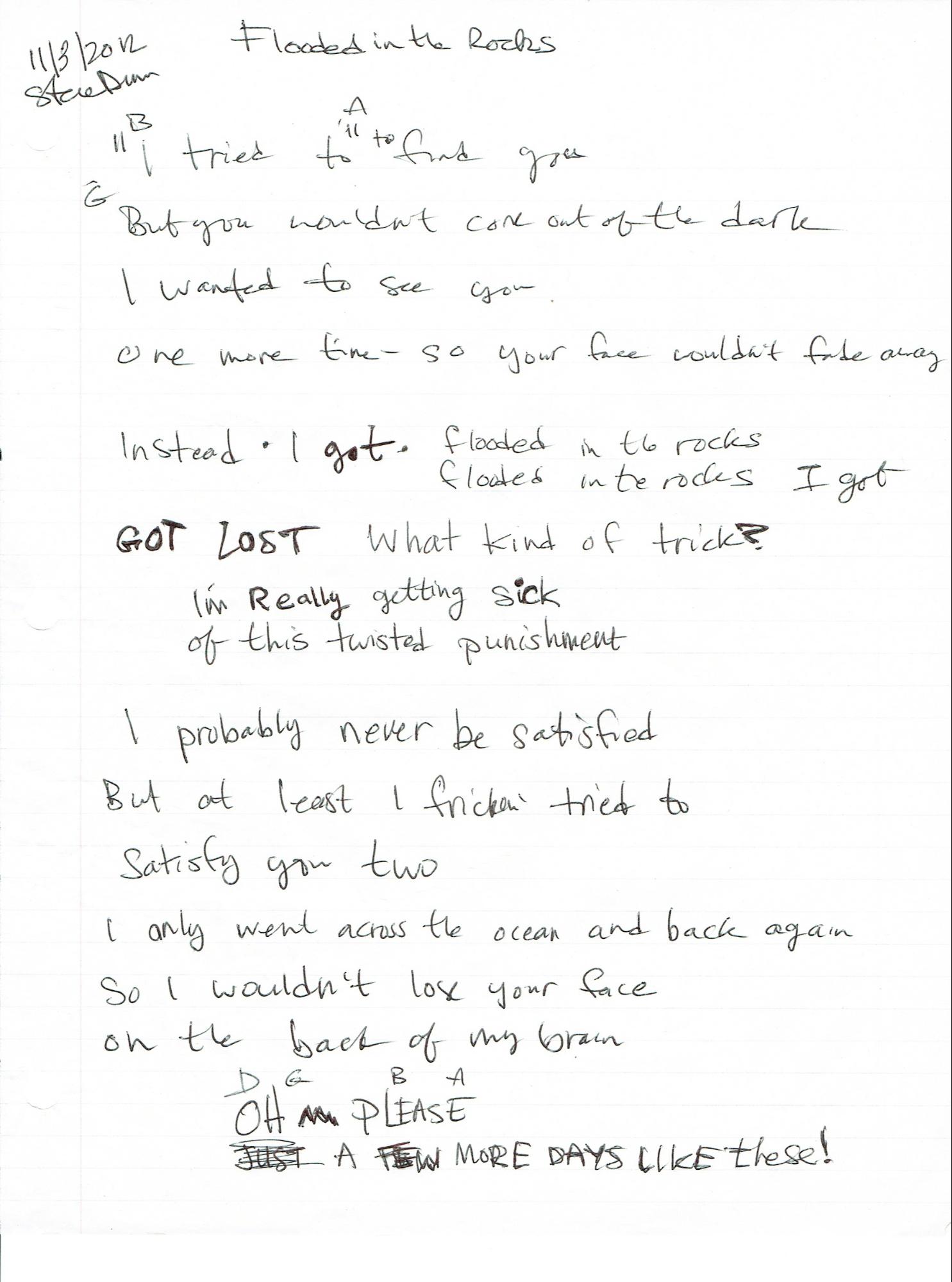 “Angels We Have Heard” is a remake of the traditional Christmas hymn “Angels We Have Heard On High” from 1862.  Accompanying image taken early 2012, is from the Artist’s Cemetery in the Alexander Nevsky Monastery  (Saint Petersburg, Russia).  Unknown grave at the time of writing this; Stravinsky is also buried nearby. 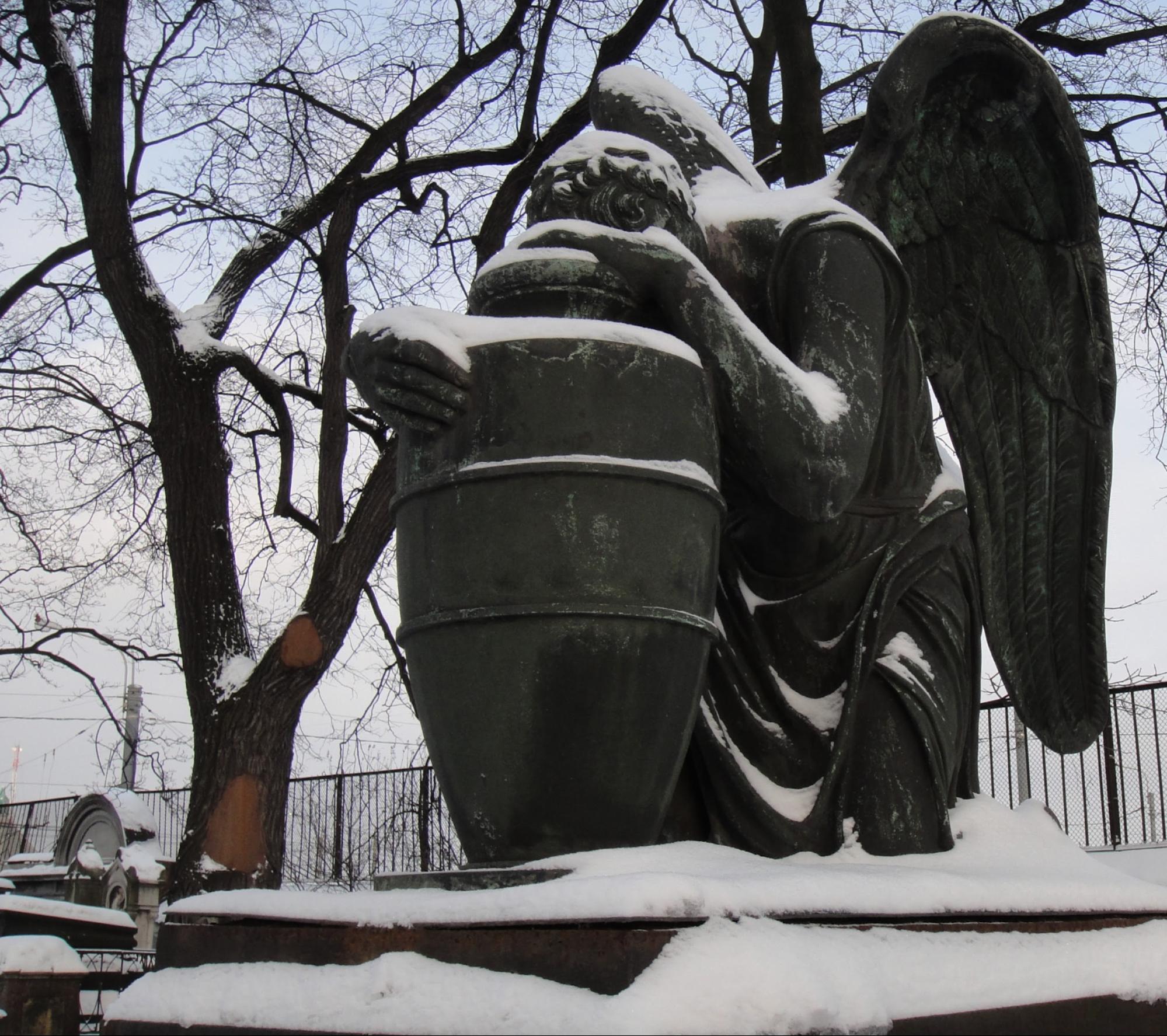 Typed stylized lyric sheets to the two songs handwritten above. 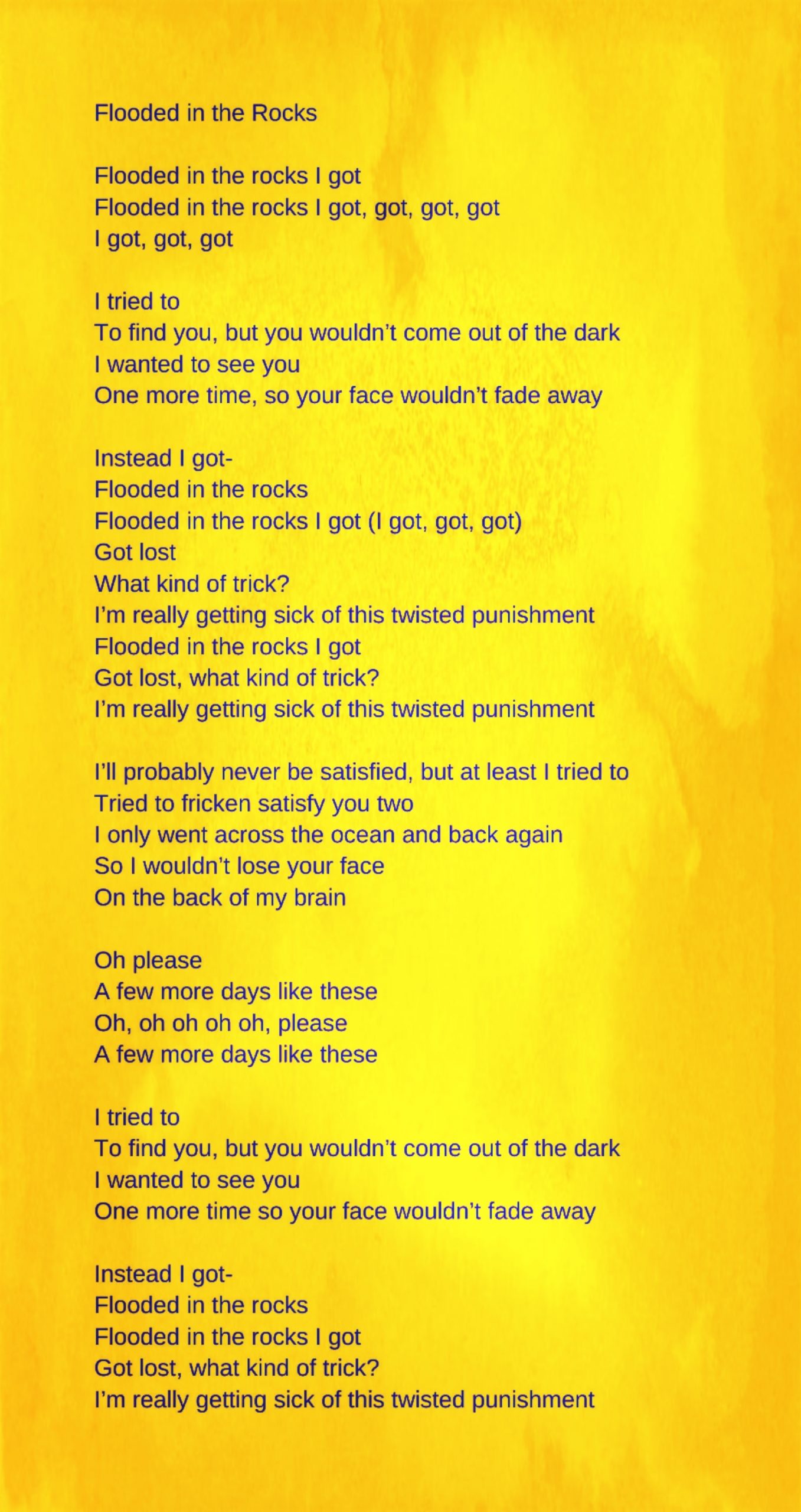 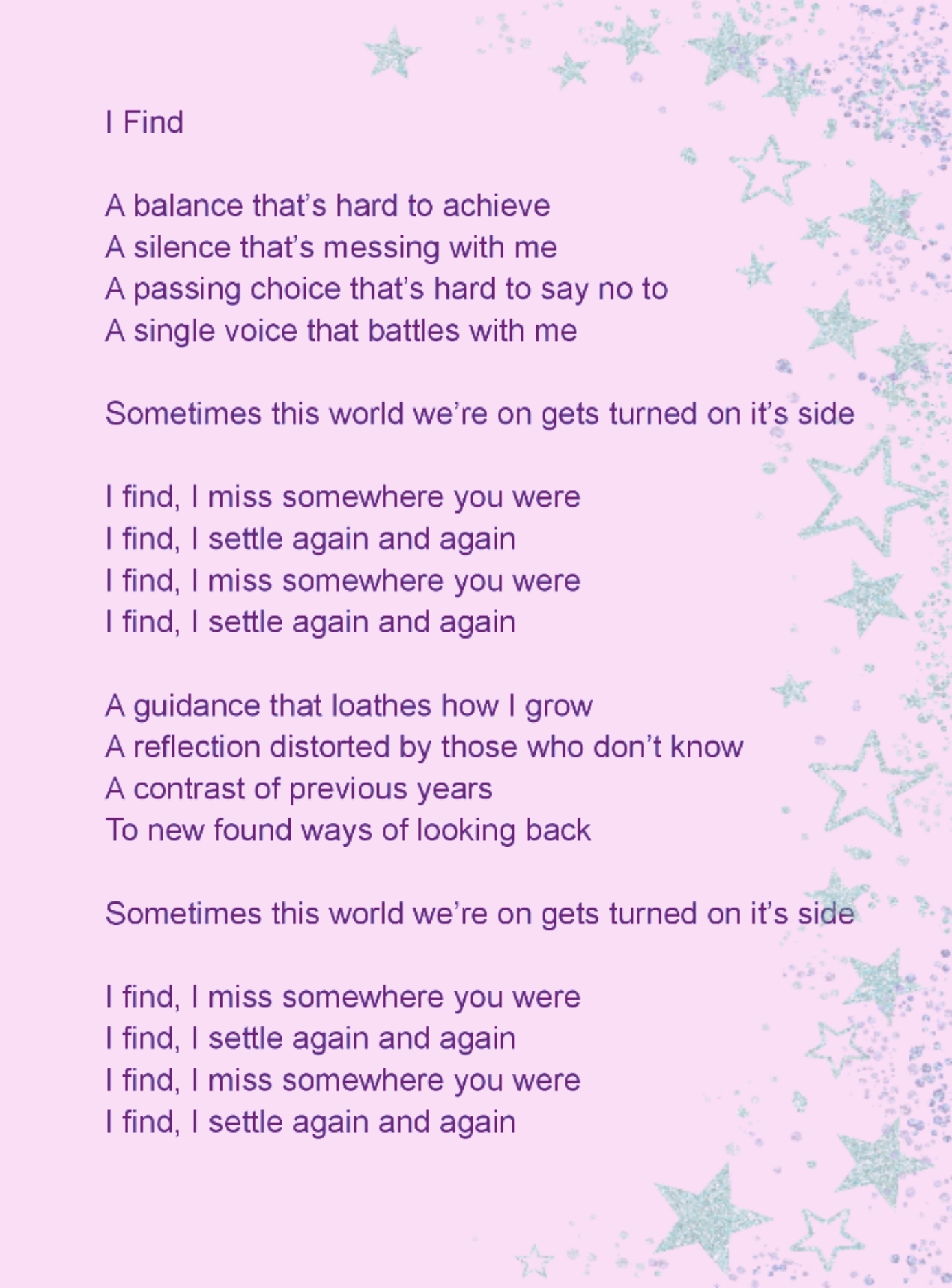