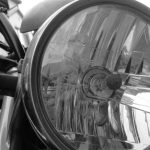 The second movie I rented last night and watched today was Venom. You may have seen a new Venom in the theaters, Venom: Let There Be Carnage. So it’s a great time to catch up with this new Marvel character. A bad guy scientist reeks with over-the-top villain and good guy rebel reporter gets the unlucky turn of plot to become the darkest side of a breaking bad type hero. I really liked the movie and even though it was somewhat predictable, I didn’t see many of the main events coming. I can’t imagine what the sequel will be like, but Venom’s superpowers are fun to watch.

Next week Ckwal will be in the St. Augustine Record because I’m experimenting with the business side of things, even though we’ve been paying attention to the posts for the most part. As I talked about not long ago, in Florida, you can register your name as long as you advertise once a year. To conduct business officially, it’s a Florida State requirement and as we found out earlier, it takes about 400$ profit to be recognized by the IRS. Still every five years, Ckwal has to be reclaimed on paper and the LP was registered with the copyright office over five years now. Not sure if I can afford to officially register before the end of the year, but it’ll be in the paper for a week starting Tuesday and on their website, staking another recognition to our beloved Ckwal character.