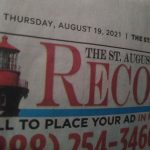 October’s here and I’m watching The Mummy. I decided to take a quick break to announce the sequel to SKMillion’s Luck. Originally music videos and a working title burned on disc as Lucky Plus, this new release will be a slightly different collection with no duplicates as Luck. The titles may not mean anything to some of Ckwal’s readers, so you’ll have to be patient until the copyright is made and cover artwork is decided upon. “Alone” features Nate Harper on slide guitar and an instrumental track inspired by Al Pacino quotes in Dog Day Afternoon, and Scarface has been recently renamed “Attica”. Lyrics are mostly typed out and track lengths make it possible to go to vinyl if interested.