After watching El Camino: A Breaking Bad Movie on Netflix, I was checking video game news. I traced the sketch to transfer paper a little earlier and making some three flour, cinnamon and oats cookies (gluten-free) in the air fryer. While waiting I decided to post an article I found by Monica Chin on The Verge. It’s called Best Gaming Laptop in 2021: Seven Laptops to Get Your Game On. Guess what. Alan Walker has a signature one on there including a box controller to DJ with your gaming laptop. I left too soon… Lol!  The movie was good by the way.  Classic Breaking Bad, perfectly paced for a movie with the rogue solo side of character Jesse Pinkman.  It ties in with the original series a bit forced and seeing it as someone who wouldn’t have seen the TV shows, I may have been thinking that the ending made no sense, or it’s a setup for a sequel.  I guess I am a fan of Vince Gilligan then because I grew up with The X-Files.

Two more items for today’s post. It’s Pavarti Shallow’s birthday tomorrow (previous Survivor winner) and check out this artist Mick McGinty. He died yesterday in his sixties. Too bad. What a cool portfolio including Street Fighter II. That was the game Blanka debuted. 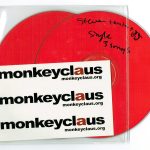