I haven’t had much extra money for Karma Journey, but I’ve still been putting some money into it with a season of The Dave Chappelle Show and recently SNL Best of Will Ferrell Volume 2. I think I bought Volume 1 in Houston in a pawn shop as well as Best of Molly Shannon. Tonight I’m floored by off and on headaches, a sudden out of this world tiredness and the feeling coming out of it like part of my body is outside. Sometimes I’m frantically looking through the news or recent notable deaths on Wikipedia when something isn’t right. I scrolled down a few days back and then back up and can’t believe I missed Norm Macdonald. He died on the 14th and was a prominent Weekend Update presenter on Saturday Night Live during 1993-1998 before Colin Quinn. He also was a writer for Roseanne before that and could be found frequently on The Conan O’Brien Show after, among many other projects. Reading Wikipedia about him is pretty terrible, so I decided to quickly blog. As some of you know, Weekend Update is what I think of when I post any post with the title “Update” in it because of their classic intros and serious yet comic news presenting styles and tone. Sorry you had to say bye with 61. 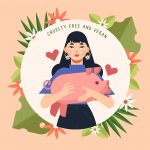