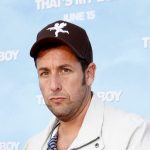 Today in history: Tradegy and miracles

Today Ckwal blog is recognizing two events. One is known simply as 9/11. Terrorist attacks in New York City on the World Trade Center buildings from planes that put most of us into a new world. In the new world, increased security precautions at airports especially would be a constant reminder of why we should always be careful and keeping an eye out for trouble even when we think we are surrounded by those we trust. Don’t get lazy with the rules and checking people in, etc. I was in Boston attending school at Berklee College of Music at the time. I had transferred from a few different colleges/universities between 1998 and 2000 and had started at the beginning of the year, 2001. I remember my teacher getting a verbal message during class and he quickly returned to the room and dismissed us all. Boston was where the planes had taken off from and I didn’t know what exactly was going on, so I was excited about having the day off and getting a chance to drink or hang out on the rooftops as we often enjoyed. My excitement turned to a horrifying disbelief and mixed sense of awe. This was so close to my new home.

That brings me to the other important day of this date. Fellow vegan Moby’s birthday! This guy shook us all with groundbreaking music that was ahead of it’s time in my early album listening days. He recently released new versions of a collection of songs in acoustic and orchestral imaginations performed by the Budapest Art Orchestra called Reprise and a documentary entitled Moby Doc.

On the topic of musical timing. Do you remember after September 11th, 2001 when Ryan Adams surprised us all with a music video performing across from the World Trade Center buildings still intact? New York, New York quotes my mixed feelings too, “I still love you, New York.”

Featured image and other free or premium images can be found with: Background vector created by freepik – www.freepik.com