The Karpeles Manuscript Library in Jacksonville can be found at this website with other locations.

The building was previously a Christian Science church before it was bought by Karpeles. Often the exhibits inside change, but the collection in the front hallway is consistent. One side note is that many of the documents are copies currently that were on display for educational purposes. They are not the originals due to the epidemic causing some issues. There is a lot of information, portrait paintings, dresses and other artifacts on display however. I listed some notes about what I saw below. However this is only a selection that stood out for me at this time. The general interest was in seeing the originals like I did with my poetry book and even though they were scans or photocopies, they provide a mystery in decrypting the history of some fantastic stories. It reminded me of Villain Arts Tattoo Convention and some of the feelings the culture brings through today in our modern society.

Several writings and documents surrounding Charles Dickens, Sherlock Holmes and The First Railway Steam Engines (drawings) by David Matthew.
Mummified Merman.
Zafir and sister Zafar “Zafir’s Magic” – rare photo with Zafir’s Amulet and Book of Incantations.
Reenya’s portrait rumored to be painted using only the artist’s feet (Ralphy the Armless Wonder?). Yet year and artist are unknown.
Professor Phobetor Portrait found in Reenya’s apartment.
Reenya was part of Odditopia! Midway of Marvels. She was a physic who hid her real name and origin, though someone managing the display said she was from Texas. She was also an impressive sketch artist.
Artifacts of Ooozo The World’s Most Rotten Clown. Including portrait, signed ad flyer, red nose, gloves and suitcases.
Only known skull of Wendigo the cannibalistic, part human part animal with amulet. 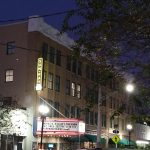