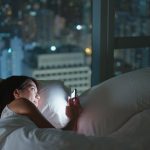 I’ve started some freestyle drawings with artwork from Shutterstock. They are having a 25% off promotion which includes everything from on-demand artwork, clips (video and music) and photos; to the annual unlimited plans. The purpose is to get back into drawing and fill the remaining practice skins. So far I have a tribal shark on one and plan to put these watercolor rings around it by Elena Paletskaya. The other 11×17 from A Pound of Flesh, similar ones still on sale for buy one get one free by the way with code BOGOCANVAS, I plan to practice tattoo on up to three pieces.  A portrait of Adam Sandler from editorial licensed photo, an original female by another favorite Elena Barenbaum and possibly one more portrait. I framed the trio of Batgirl, Jesus and Keanu Reeves and will do the same with that practice skin from three pack of refurbished frames found on eBay (different sizes available). A Pound of Flesh is having another cool promo where you buy any practice hand, tattoo something on it and send art back to be entered into a cash prize talent contest.  One then receives a free hand in return. Basically you pay for the hand, shipping of the hand back to them and the first one you bought of course and you get a free audience (lookers/judgers), free hand and chance to win $2500 or two runner-up prizes. Even if you are a beginner with no chance of winning, it’s a no-brainer. I don’t have enough for both artwork and that Battle of the Hands, since I’m not an original artist, so I went with the Shutterstock promo. Still putting the word out there because they have a bunch of new inspiring hands including: various dark skin tones and clear!

Last news for today. We all know The Conjuring 3 was just in theaters because I told you I was on an extended marathon in this linked post. Well even better news for homebodies on a budget. It’s now in Redbox with Annabelle: Creation and The Nun! I saw Annabelle: Creation with Wonder Woman 1984 and didn’t like them that much in comparison to other movies in corresponding series, but they are must-sees for context of future films. The checklist from May’s post is almost finished.