Back in high school I had nerve problems in my lower back from pinching around the spinal cord. I was experiencing some bullying on the football team as well, but really wanted to be a running back or quarterback. Consistently I was put on the front line as a guard. Even when I was smaller than most guys up there. So I quit and because I was sometimes made fun of, decided I needed to have another excuse. I tried out for the musical and was surprised to see my name on the list of Sweeny Todd. A dark ambitious musical theater production. The director pushed us to limits that surpassed many college students’ experiences, still we had a ton of fun and there was nothing else like it. Tragically Stephen Sondheim, writer of Sweeny Todd: The Demon Barber of Fleet and many other legendary musicals, died yesterday at 91. 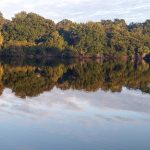